You can make a difference.

Positive progress in the trans community

MI5 among best LGBT Employers in the UK.

The Stories of Trans People Taken Too Soon

A staggering 45 percent of trans people in the UK have attempted suicide. 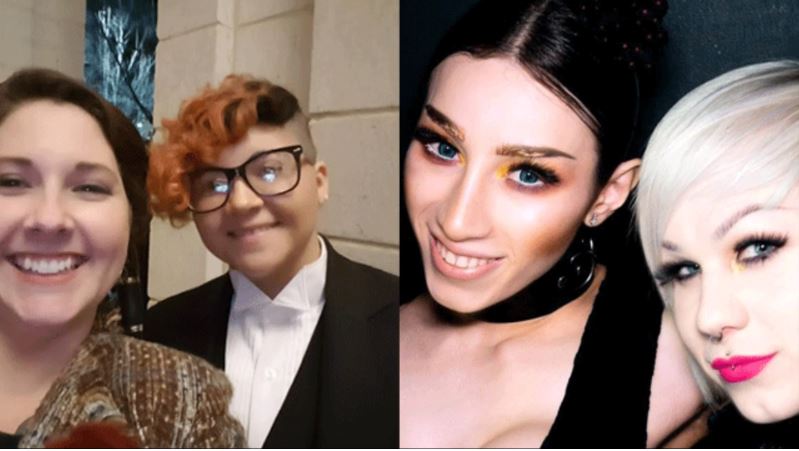 Our society is failing transgender people. According to Stonewall, one in ten trans pupils in the UK have received death threats at school, 84 percent have self-harmed and a staggering 45 percent have attempted suicide. Of those who do make it to adulthood, physical and mental abuse often awaits.

The same organisation found that two in five trans people (41 percent) have experienced a hate crime because of their gender identity over the last 12 months, and that this has affected them in most facets of their daily adult lives: one in eight trans people have been physically attacked by a colleague or customer, for example, while a third of trans people have been discriminated against in cafés or restaurants.

"Fundamentally, we are looking at a crisis in trans people's mental health," Jamie Pallas, communications and project coordinator at Gendered Intelligence, tells me. "Some of the young trans people [we deal with] are afraid to leave their homes."

Transphobia has destroyed so many lives already. For the situation to improve, we need better education and understanding of the issues at hand – which you can't properly comprehend without speaking to those directly involved. Through the stories of those we have already lost, we can see the reflection of a culture that fails to empathise with trans people at a basic human level.

These are four of those stories.

When Jay came out as bisexual at the age of 11, he was accepted fully by his mother, Erin Georgia. A talented clarinet player, Jay was "wise beyond his years" and the family joked that he was an adult trapped in a child's body.

At 12, Synestra De Courcy came out as gay. By the time she was 18, she had realised she wanted to undergo gender-affirming surgery. Almost instantly, Synestra encountered hostility from her local GP, according to her mother, 50-year-old Amanda de Courcy.

Abuse from strangers was something Vikki Thompson had to deal with from a young age. Her mother, Lisa Harrison, now 43, has noticeable facial burns from being caught in a house fire. "I got abuse from strangers," says Harrison, "but Vikki stuck up for me and shouted stuff back at them."

Ellen did not come out as transgender until the age of 25, however, the company she worked for at the time made it very clear that she could use the female toilets. Ellen's family was extremely supportive and they provided her with the "strongest support network possible".

Find out more about their stories

DONATE TODAY AND MAKE A DIFFERENCE.